Roundtable on domestic abuse and offending by women

Sarah Newton MP, Parliamentary Under Secretary of State for Crime, Safeguarding and Vulnerability, will today (17 October 2017) speak at a high-level roundtable in London to consider the links between domestic abuse and offending by some women, and what can be done to improve criminal justice responses in this area.

The Prison Reform Trust (PRT) has organised the event in consultation with Against Violence and Abuse (AVA) with support from the Big Lottery Fund as part of PRT’s three-year National Lottery funded programme to reduce women’s imprisonment.

Home Secretary, Amber Rudd said: “Domestic abuse has a devastating and life-long impact on victims. This is why the Government is bringing forward a landmark Domestic Abuse Bill to transform how we respond to this devastating crime and break the cycle of harm.

“We recognise that a significant proportion of female offenders have experienced domestic abuse and the important role of the justice system in addressing the complex needs of female offenders. To this end the Government is developing a strategy to improve outcomes for women in the community and custody. We will set out the strategy later this year.”

Minister for Crime, Safeguarding and Vulnerability, Sarah Newton said: “The impact of domestic abuse is far reaching, with victims often experiencing further issues such as mental illness, addiction and homelessness. This Government is committed to tackling domestic abuse and supporting all survivors, including female offenders, to ensure they can rebuild their lives.”

The meeting, which is chaired by the Police and Crime Commissioner for Northumbria, Vera Baird, will also hear from academic experts and senior practitioners, including police, prosecutors and the judiciary about how to ensure proper account is taken of women’s histories of victimisation in decisions to arrest, prosecute, convict and sentence women. Women with personal experience of domestic abuse and offending will contribute to the discussion and help to identify priorities and proposals for reform.

Vera Baird, former Solicitor General and now Police and Crime Commissioner for Northumbria, said: “Domestic abuse can leave long-term and widespread effects on some women who may have endured years of being repeatedly assaulted, threatened, ridiculed, starved of money and isolated from their friends – all done by someone they thought loved them. Not surprisingly some women are pushed into chaotic lives by this and break the criminal law to support their children or to pay the cost of self-medicating on drink or drugs. Putting them in prison seems like a double failure since we didn’t tackle the abuse and blame them for its consequences. It is time for a radical rethink and the people attending this seminar are the people who can provide it.”

The meeting is timely in light of the forthcoming Domestic Violence and Abuse Bill and development of the government’s strategy on women offenders. The experience of physical, emotional and sexual abuse is a common underlying factor in offending behaviour by women and girls and contributes to other drivers of women’s offending such as problematic substance use, mental health needs, poverty, debt and the removal of children to the care system.

Ministry of Justice statistics show that women in prison in England and Wales have often been victims of much more serious offences than the ones they are accused of committing.  More than half (53%) report having experienced emotional, physical or sexual abuse as a child compared to 27% of men. Fifty-seven per cent of women in prison report having been victims of domestic violence.

Because many women fear disclosing abuse, both figures are likely to be an underestimate. The charity Women in Prison report that 79% of the women who use their services have experienced domestic violence and/or sexual abuse.

Reducing the incidence of domestic abuse perpetrated against women and girls, and an improved response by criminal justice agencies to women offenders who are victims of these offences, could significantly reduce the risk of women’s involvement in offending and imprisonment.

The Prison Reform Trust will draw on the learning from the meeting to prepare a briefing, to be published later in the autumn, highlighting the links between women’s experiences of domestic abuse and coercion, and their experience as offenders in the criminal justice system. The briefing will include recommendations to improve the response of the criminal justice system to women offenders who have experienced domestic abuse.

Jenny Earle, who leads the Prison Reform Trust’s programme to reduce women’s imprisonment, said:
“There has been a chronic neglect of women’s personal and social needs within the criminal justice system. It is time for concerted action to help women break the cycle of victimisation and offending that blights too many lives.”

Donna Covey CBE, Director, Against Violence and Abuse (AVA) said: “For far too many survivors of domestic abuse, their journey ends in a prison cell rather than a refuge bedroom. This benefits no one, and we need a new approach that recognises the link between experiencing gender based violence and women’s offending.”

“Because of National Lottery funding, the Prison Reform Trust is able to help women at risk of offending and work towards breaking the cycle of domestic abuse, offending and imprisonment. This kind of initiative, where the experiences of the women affected are placed at the heart of attempts to reduce the number of abused women who end up in prison, will be key to its long term success.” 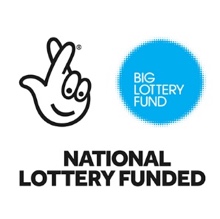